This article written by Jan’s colleague, John Head, from the Centre for Science Education was published in the Newsletter of the Gender and Education Association, January 2006.

Having recently passed her eightieth birthday and because of poor eyesight Jan has had to reduce her workload and has place her archives in the UK Resource Centre for Women in Science, Engineering and Technology based at Bradford College. Therefore it seems an appropriate time to take stock of her achievement in relation to gender and education, marked both by the diversity of her interests and by the duration of her work. She came into the field when gender issues were rarely recognised and had to struggle to place gender on the agenda of educationalists.

She has been throughout her life motivated by a concern for social justice, a concern which developed through two key experiences in her life. She came from a working class background, but through gaining scholarships was able to study at academic school and university. She appreciated the opportunities presented to her but was unhappy that very few of her friends and family were so fortunate. She realised that many of these women felt alienated by science and hence found it difficult to cope with an increasingly technological world. Then when she moved as a teacher from a girl’s grammar school to a coeducational school she was shocked to find that the low expectations held by many parents and teachers became internalised, so the girls did not believe that they had any choice other than the enter the stereotypical low-paid jobs commonly available to girls. Jan saw her task was to empower girls so that they could take more control of their lives.

She was a science teacher so was working in a field where girls were particularly disadvantaged She saw her task was to help the girls’ gain more confidence and that had to develop through them being motivated to engage with the subject. She realised that girls tended to be more interested in the relevance of science to human living, rather than an abstract study. She took seven years away from full-time teaching while bringing up a family but agreed to undertake some part-time work on the condition that she could teach in her way. She asked the girls to keep a diary recording their interests and concerns and then based her teaching on these findings. The initiative may sound fairly obvious today, but Jan was working many years prior to such texts as Carol Gilligan’s ‘In a Different Voice’ place similar arguments in the public arena. I am reminded of Davis Ausubel’s dictum “If I had to reduce all of educational psychology to one principle, I would say this: The most important single factor influencing learning in what the learner already knows. Ascertain this and teach him (sic) accordingly”.

A sequence of events in the early 1970s allowed her to expand her activities. She was one of the first students on the newly created masters’ degree in science education at the Centre for Science Education at Chelsea College. This sled on her undertaking research and gaining her doctorate before joining the teaching staff at the Centre in 1975. The Centre had an innovative ethos, partly because it was largely staffed by those who had worked on new curriculum projects financed by the Nuffield Foundation and the Schools Council, and partly because Kevin Keohane, its Director, saw his main role as facilitating staff initiatives.

The ten years she was at Chelsea witnessed an extraordinary wealth of achievements. In 1975 she staged at Chelsea a conference on Girls in Science Education: A Cause for Concern?, which drew widespread attention to the prevailing lack of girls taking up science. She set her PGCE chemistry students the task of generating curriculum materials on the basis of chemistry-through-issues. A BP Teacher Fellowship allowed the employment of an assistance to look at technology education which was just establishing itself within the comprehensive school curriculum. With one research student she developed a model of gender differences in responding to science based on Object Relations theory. With another such student she looked at more detail at gender differences in learning styles. In 1983 a Horizon programme What Little Girls Are Made Of was entirely devoted to her work. In 1985, her last year at Chelsea, she convened two major conferences in the UK. 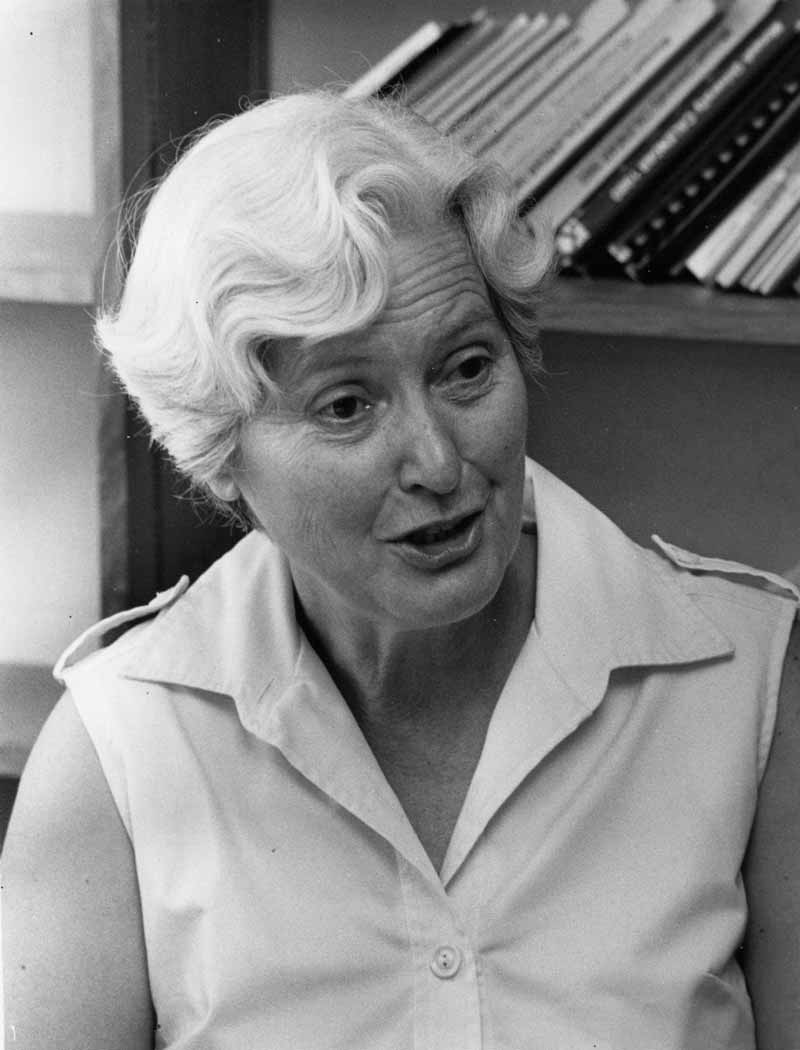 She had been a founder member of the international GASAT (initially Girls and Science and Technology, but later the first word was changed to Gender) which started in 1981. In 1985 the meeting was in London. Later that year she was President of Division X of the British Association for the Advancement of Science and made ‘Women and Science’ the theme for that Division as their annual conference. She later edited a book based on those conference papers, Perspectives on Gender and Science (Falmer Press, 1986). The range of her interests can be seen in the list of contributors to that book, which included Daphne Jackson, Glynis Breakwell, Jane Kahle, Helen Weinrich-Haste, Brian Easlea and Evelyn Fox Keller. Also in 1985 UNESCO asked her to give a paper for the World Conference on Women which was held in Nairobi.

In addition she was involved with the WISE initiative which involved collaboration between the Engineering Council and the Equal Opportunities Commission to make 1984 a WISE year. She served on the Executive and Educational Committees of the Fawcett Society. Alongside all this work within the UK she got caught up in international commitments. A two month trip to Australia led to her being invited to make five further visits over the next ten years.

Throughout she had to battle to get men in powerful positions to recognise what she was trying to achieve. It was no such much overt opposition as a degree of ‘gender-blindness’ so that there was a failure to see why anything needed to be done. There were examples of condescension. Hans Eysenck, in reviewing her Horizon programme for The Listener, described her as a ‘handsome woman’.

Would he have made such a comment about a male presenter? Similarly a senior science HMI described her with the words “Jan always looks nice on a platform”. These were examples of the tactic of addressing the appearance of her woman, rather than her achievements, and in so doing diminishing the latter. The prime examples, of course, can be seen in Watson’s writing about Rosalind Franklin in his book The Double Helix. Additionally, one official of the British Council invited her to visit Cyprus, but addressed her as ‘Mr. Jon Harding’! How Jan coped was revealed by another worker in the field of gender and education attributing Jan’s success to this: “you have developed the skill in making a protest without giving offence”. That is fair comment from my experience.

To say that she has now retired can give a false impression. Her diary is full as a constant stream of visitors from all over the world visit her. She has been persuaded to help with the organisation of the 2006 GASAT conference in Brighton. At this stage of her career two problems still concern her. The first is that the current discussion about reform of the school science curriculum is still concept centred and does not allow for alternative learning styles. It seems as if no lessons have been learnt from the problems affecting he curriculum projects of the 1960s. The bigger worry is that with the understandable focus on gender and examination results, university entrance and subsequent careers; we have lost sign of the needs of the larger population. For her, better schooling is not solely about helping the able pupils realise their potential but is also about empowering all the pupils to cope with their everyday work and lives.

She refers to two very different initiatives which she has undertaken recently which demonstrate the diversity of her concerns. The Women Institutes have wished to go beyond their traditional agenda and have taken up Jan’s ideas of providing some science within their activities, thus giving her an entirely new audience. For them she has developed work on the potentialities and issues related to stem-cell research. This initiative was funded by COPUS, (The Committee on the Public Understanding if Science) and Jan chaired the working group based at the Royal Society. She has also enjoyed the challenge of working in Australia with a large group, mainly of menu, coming from industry and small businesses who were retraining to become school technology teachers. Her lively, interactive teaching style won over this group. Although her wish to see social justice has largely been targeted on working class women, not least because they have been the largest group experiencing underachievement, she recognised that many men suffer as well and her empathy with these Australian men allowed her to achieve an unexpected rapport.

Perhaps it is this ability to locate her specific work within a wider moral remit and that of social justice for all, which has made her such a major figure in the field of gender and education.